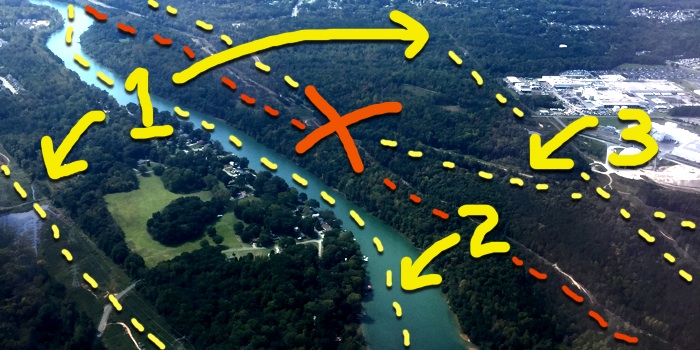 I'm sure “evacuating” didn't seem like an option to the elderly couple.

Maybe that's why last week, the roaring wildfire that quickly swept through their California neighborhood caught them unprepared and swallowed them up in their home – the husband found 20 feet from their front door as he abandoned his bed-ridden wife.

Others barely escaped with their lives as the flames forced them from their homes out onto the streets in a mad rush to grab anything they could and get the hell out of Dodge.

Same story in Arizona where I just returned from a trip.

And recently in Alberta, flames engulfed entire towns and people were horrified to see their lives threatened on every side of their escaping vehicle as they hit massive traffic jams of others looking to save their lives.

When it's time to get out of Dodge… 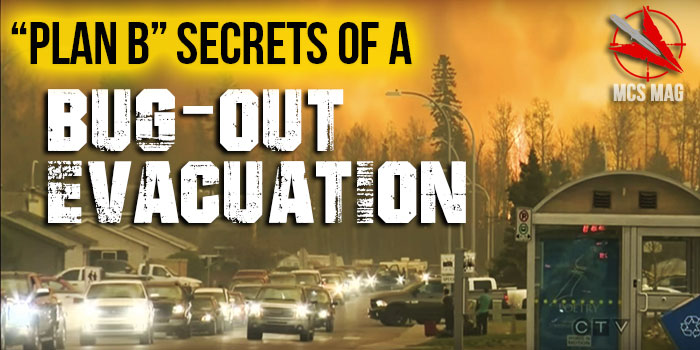 When You're Told To “Leave”, You're Already Too Late!

People take a “wait and see” attitude and procrastinate until the last minute to leave their home.

Maybe it's because they're in denial that the threat is even happening or will affect them.

Maybe they don't want to leave their “stuff”.

Or oftentimes it's because they think they can “battle” whatever threat is headed their way (some residents in the recent fires were on top of their roof with garden hoses until they saw the 7-story wall of fire headed their way and ran like hell.)

Be the FIRST on the road – your life is more important than your “stuff”, isn't it?

Have A Backup Bug-Out Evacuation Plan

Even if you get out on the road first, you can suddenly find yourself stuck in a massive traffic jam from the escapees 3 towns over.

Or it could be a blocked roadway from a downed power line across the road.

Any number of obstacles can suddenly stop you in you tracks.

Most people will stay there, stuck in their vehicles while they panic and pray for a miracle to come save them

For you to play it smart, you'll need to plan for alternative means of escaping the area.

When major roads are blocked (the red “X”), you must be able to quickly transition to other alternatives, such as:

No matter what evacuation route you choose, you need to make sure you have the means to continue your “bug-out” no matter what happens.

Which brings us to…

Prepare Your Survival Plan For All 5- Phases Of A Disaster

Yes, there are 5-phases of a disaster that you need to prepare for.

Most people aren't preparing for ANY of the 5 phases… and even experienced “preppers” are only looking at 1 or 2.

But these recent evacuations show that isn't enough.

What if you're forced from your home?  What if your vehicle gets stopped?  What if you only have mere minutes to make an “escape decision” that will mean the difference between life or death for you and your family?

The last thing you need to have your mind on is “what stuff will I need?”.

Have your plan and all your survival gear already prepped for all 5 survival contingency plans and you'll never have to worry about how to prepare.

Look… don't be one of those people who puts off planning for these emergencies to the last minute.

That's what “victims” do.

Now is the time to put together your “5-phase plan” so you're not scrambling around like everyone else trying to think about what to do… where to go… and what to pack.

It's not hard to prepare for… but if you put it off until the flames (or floods, chemicals, winds, or whatever) are headed toward your door, you're going to get caught in the trap with all the others who didn't prepare.

And the last thing you want to do is look into your family's terrified eyes and have nothing more to say than, “I'm sorry”.