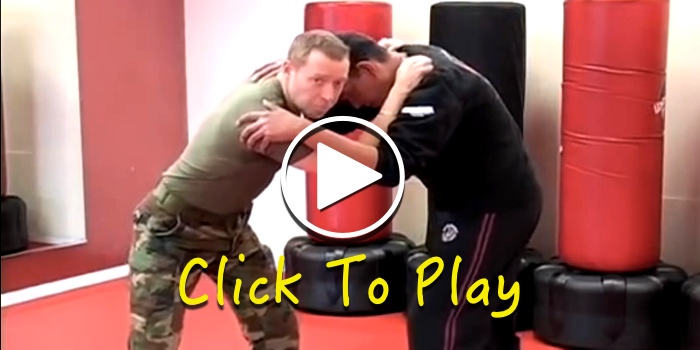 It's the brutal truth…

…the best self defense moves do NOT come from your typical “martial arts school”.

To survive a violent attack – against some thug twice your size – you need “dirty” street fighting tricks that are frankly too ugly to be taught in a class of 8-year olds orange belts.

You see, most street fights happen in a space the size of a phone booth – where you're locked up in a “clinch”.

It may be because your attacker has a knife.. a gun.. or is just trying to drag you to the ground so he and his buddies can stomp on you with their size 11 steel-toed boots.

You may only have seconds to gain an offensive position before he either gets in a good shot or his buddies come up to give him a hand. But…

The gangbanger predators you may face already know that.

That's why you must know how to REALLY win a street fight no matter how big and tough your attacker may be.

Don't make the mistake of thinking a fair fight is going to get you back home safe to your family.

Get mean… get dirty… survive!