We Hung Out LIVE With Kevin Reeve! 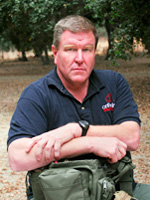 Featured on the TV news show, 60-Minutes for his cutting-edge urban survival training, Kevin Reeve is one of the most respected survival experts in our industry.

…and in July, Kevin got to hang out with us in our Patriot Roundtable!

If you missed the LIVE hangout with Kris…

Here’s A Quick Peek At What We Covered…