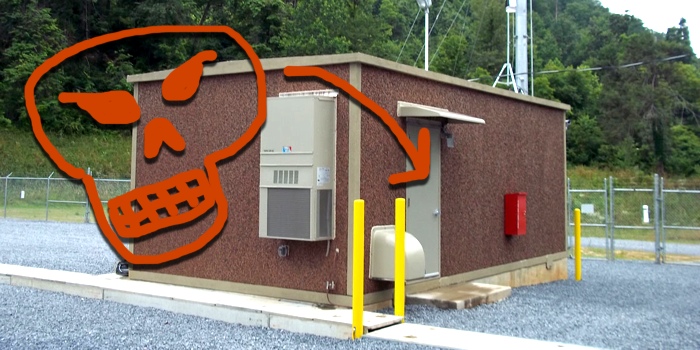 A lot of the potential terror threats to America require intense hard work to pull off.

I mean face it…

… ISIS isn’t going to smuggle a bomb into an airport.

… you can’t just break into the Pentagon.

… and a “Red Dawn”-style invasion isn’t easy to pull off.

That’s one of the reasons we feel pretty secure most of the time.

But the truth is, the most realistic terror threat we face – one that could literally kill millions of Americans – doesn’t require coordination and planning and security-breaking on a scale even close to that scale.

The real terror threat requires just three things: a USB drive, a poorly secured door, and an electrical substation in the middle of nowhere.

Our biggest terrorist threats don’t have to be planned from some “secret lair” overseas.

As one power exec said…

All it takes is an intruder breaking into some rinky dink substation and using a USB drive to upload a virus into a computer network.  Because of the interconnectivity of our electrical grid, that one substation could cause a vast power outage that sends us back to the dark ages.

Obviously, that means no lights.

But it also means…

The government already knows this – that’s why they helped to pull off a coordinated training exercise a few years ago with the help of the major power companies, called GridExII.

But even with FEMA’s best plans very few people would survive this type of a disaster.

Even experienced “preppers” would soon be strapped for resources unless you know how to survive a grid-down blackout. I highly recommend you use the survival plan we lay out in our [leadbox text=”survival gear guide you can get for free right here…” funnel=”sgs”]